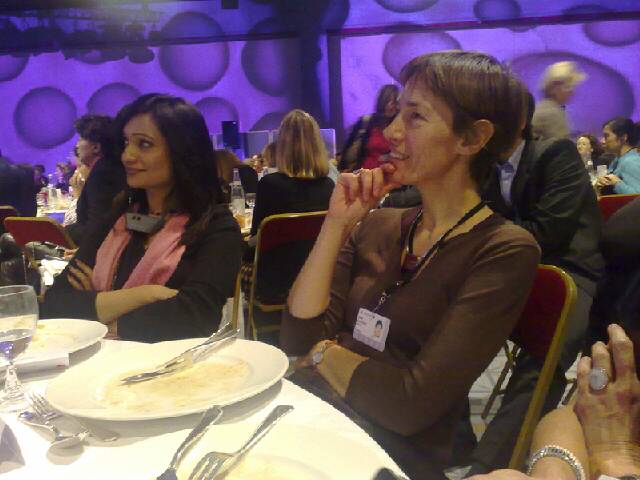 Sitting at the Orange table, i see that we are all gripped by the great stories that he's telling. 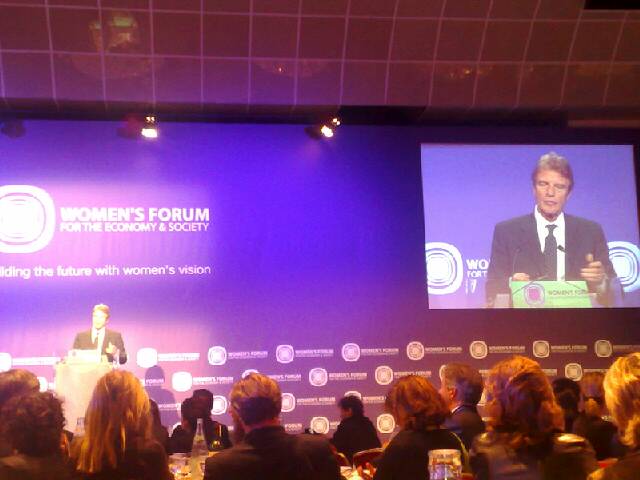 In his speech, he started out by charming all of us by telling us that our opinions and point of view really matters for the future of our world.

He went on to talk about the project for doctors without boarders. He said back in the 60's doctors were not allowed to cross boarders to help another country. He said that it was through the women, who sent out the call on behalf of the suffering of their children. It motivated them to raise their voices to be heard and finally led them to change the laws.

Carlos Ghosn enjoys a laugh at the womens forum

I think the fact that they are here shows their great support.

anina.net interviews Laura Liswood from Goldman Sachs to find out why fashion is not a form of communication.


anina.net interviews Caroline from Orange, at the Women's Forum to ask what 3 qualities are essential for women to climb the corporate ladder. 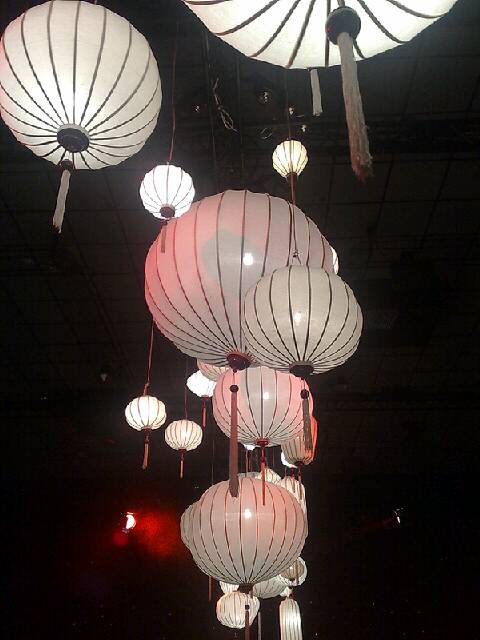 One of the main things i've heard all evening is how the ambience of the womens forum is really elegant and beautiful. It's all in the details actually. From the moving colored projections on the walls (that have changed every day), to the layout of the rooms, to the variety in food, to the star studded wall, to the lovely lanterns hanging from the ceiling. One can really see that there is a womans touch. 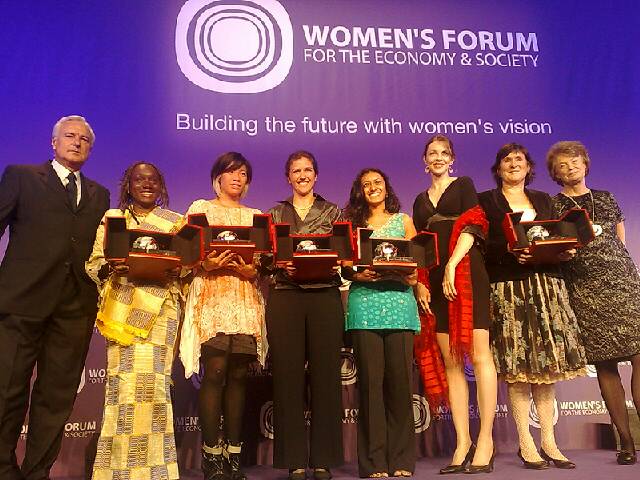 She's a fashion designer using new technologies in her clothing and designs. Ipod jackets, fabrics that change color with heat, and she's based in new york. She's already had 3 fashion shows! I'll have to check if we covered her show this past season!