It was a very thrilling and elegant event and i am very grateful to attend. where was mary hodder??? where was mobilejones??? where were all the women in technology and blogging that we know from the lesblogs days?

i was really particularly curious that at the workshop for venture capitalists with saul, that there was not one WOMAN VENTURE CAPITALIST on stage. when i asked if there were any female venture capitalists, and why there were no women companies on the stage, fred answered that HIS PARTNER WAS A WOMAN and he invested in women companies (go fred! thank you for saying that to everyone!).

sometimes i wanna scream outloud because i ask myself, "WHAT'S WRONG WITH THIS PICTURE? WHY ARE THERE NO WOMEN ON THE STAGE?" it doesnt mean they don't exist. after the workshop two smart looking fashionable EMAP VC business women came up to me and asked me what 360Fashion was about.

WHY WERE THEY NOT ON STAGE? even if the tech world does not think them qualified, why cant they just be up there as PLACEHOLDERS for the future women who are coming after them who will maybe in they eyes of men be better? why not at least use the coffee table in front to put picture frames of possible entrepenurial women up there with saul and the rest of them? why? because saul never thought to give the women a place on the couch or on stage who organized the seedcamp? maybe because fred's partner doesnt feel to come? who knows. i would have loved to meet her.

but there's something SERIOUSLY WRONG with the picture, and as a young woman in technology--who do i have to look up to? who are my role models? i feel so lonely in the tech world sometimes and outnumbered, it makes me hesitant to enter--and if i feel that way--what can other less brave women feel?

i was just at a conference: www.womens-forum.com where there were the worlds top CEO'S and VP WOMEN in the WORLD. why were none of them invited? the ticket to get into the women's forum is 5000 euro...so you can imagine that weeds out a lot of people. still 2500 women showed up! where are they? why are they not at the tech conference? why are they not interested in new media? the Cartier awards were at the womens-forum and all these young women entrepreneurs won. why were the Cartier women not on stage? they funded all these young women entrepreneurs.

i would have liked to see lee epting there from nokia at least. she's at forum nokia. if she's not techy enough to be at leweb3...who is? i feel like at the leblog days there were more women...or maybe it's just grown so big i could not find them all.

not that i dont like all those great and techy guys like david sifry, philippe stark, you loic, xavier des horts, gabe mac, fred, paolo v (love his wife), and the many other super talentend and entertaining wonderful people there. geraldine is the main girl holding the place for us--beautiful, fashionable, and techy woman. great role model. could we have some more please?

Also this summer, Linda C. Babcock, an economics professor at Carnegie Mellon University, looked at gender and salary in a novel way. She recruited volunteers to play Boggle and told them beforehand that they would receive $2 to $10 for their time. When it came time for payment, each participant was given $3 and asked if that was enough.

Men asked for more money at eight times the rate of women.

In a second round of testing, where participants were told directly that the sum was negotiable, 50 percent of women asked for more money, but that still did not compare with 83 percent of men. It would follow, Professor Babcock concluded, that women are equally poor at negotiating their salaries and raises.

There are practical nuggets of advice in all this data.

Don’t be shy about negotiating. If you blow your stack, explain (or try). “Some of what we are learning is directly helpful, and tells women that they are acting in ways they might not even be aware of, and that is harming them and they can change,” said Peter Glick, a psychology professor at Lawrence University in Appleton, Wis.

Victoria Brescoll, a researcher at Yale, made headlines this August with her findings that while men gain stature and clout by expressing anger, women who express it are seen as being out of control, and lose stature.

Study participants were shown videos of a job interview, after which they were asked to rate the applicant and choose their salary. The videos were identical but for two variables — in some the applicants were male and others female, and the applicant expressed either anger or sadness about having lost an account after a colleague arrived late to an important meeting.

The participants were most impressed with the angry man, followed by the sad woman, then the sad man, and finally, at the bottom of the list, the angry woman. The average salary assigned to the angry man was nearly $38,000 while the angry woman received an average of only $23,000.

When the scenario was tweaked and the applicant went on to expand upon his or her anger — explaining that the co-worker had lied and said he had directions to the meeting — participants were somewhat forgiving, giving women who explained their anger more money than those who had no excuse (but still less money than comparative men).

here's the link to the women's forum: Women’s Forum. 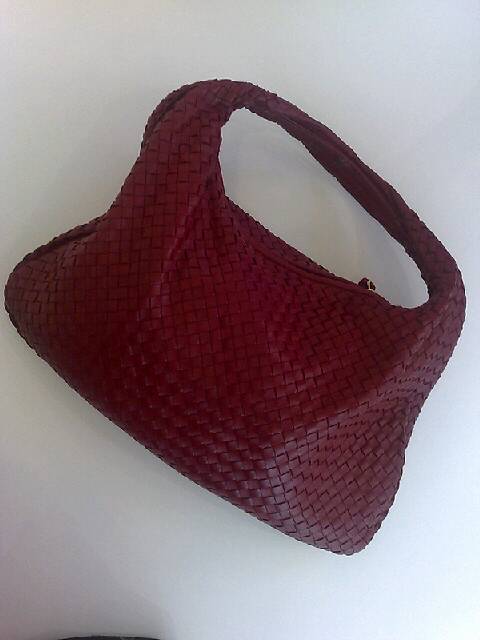 I have been shooting all the days women at the forum with their bags and shoes to know what top ceo's accessorise with. I just landed in london for a nokia tech training (i'm learning to code widgets in the phone) so i'll post them all later on. Stay tuned! 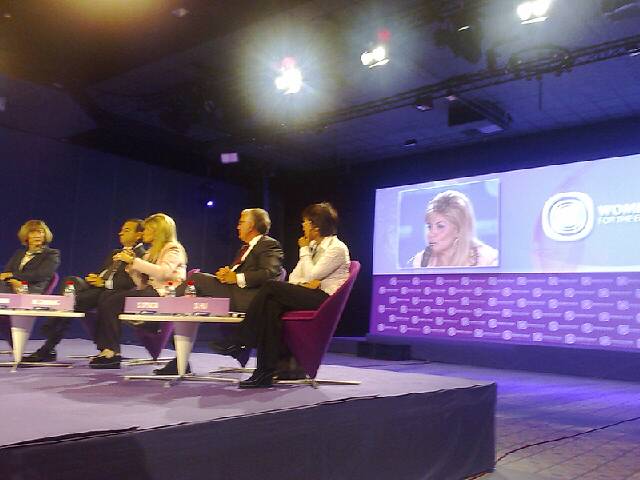 If the news has made a mistake, then it's important to correct it as soon as possible. You need to print it in a clear place. And this is a way to drive re-reads.

Progressive businesses need to embrace ngo's and large corporations need to invite in the "greenpeaces" to find the solutions together.

There isn't a trend that ngo become closer to corporations, but rather when a ngo's cause becomes relevant, then corporations look for collaboration- because the issue is relevant.

transparancy, is held accountable. The sense of accountability is high.

Don't shoot the messenger for bringing bad news. Reward the one who brings you the bad news. Do an anonymous spot check. What's working? What's not working? Lot's of consumer research.

It's ironic that we are talking about trusting media, and there is a lot of media making going on. Now why do we trust these journalists and movie makers? Cuz we pay them? Cuz they come recommended? Interesting to me but probably because other journalists and papers are paid by other people and their Loyalty lies elsewhere.

People buy shares not because necessarily where the company is, but because they believe where it's going, and if you are managing their expectations, like Renault has done by announcing that they would have 2 rough years, you will still have their support.

Lunch with Kouchner - Everyone listening

I, along with everyone else, is spellbound by his stories of the evolution of the humanitarian movement. "Thanks to efforts from civil society we have been able to change and shape society."