Elk Gallery
South side of Guanghua Lu, 400 meters east of the 3rd Ring Road and the CCTV
Headquarters. Go past the Kelun Building, then a long two-story building.
Turn right into the gate at No. 10 by the guardhouse, right again at the
bathrooms, and proceed directly west 60 meters to the gallery.
April 11th-20th, 2008
Open 3-9pm Thursday –Friday, 1-9pm Saturdays and Sundays

Artus de Lavilléon is a Frenchman in China whose drawings combine social
observation with deadpan wit in scenes of people eating dinner, strange
airport encounters, nude self-portraiture and winsome females in the throes
of ennui, supplemented by cutting and very funny pitch-perfect rants and
overheard conversations. Sample lines: "He fucked it up when he could have
had it all – he said destruction was the new beginning," "Je crois que je
gagne!" and "She is an Art Consultant –Real is more powerful, she said."
With just the right balance of the illustrational and the finely rendered,
they are honest records of true-life experience that winningly mix
verisimilitude and a dollop of raunchiness. Along with the exhibited
drawings the fruits of de Lavilléon's forays to the stalls of Panjiayuan
market will also be on view, vintage Sino Socialist-Realist oil paintings
that have been enhanced by his textual interventions in Chinese, French, and
English. The functioning skateboard ramp that takes up most of the
exhibition space is the platform for viewing the work, and outside in the
courtyard a hauntingly poignant slide show projection documenting the
artist's mother's waning years will be playing with O.M.A.'s not-yet
completed CCTV Headquarters looming in the background. Originator and
principal photographer for the first "third wave" French skateboard magazine
Tricks, creator of Deadpan, one month long resident-in-performance inside a
display window at Le Printemps, responsible for illegally driving a tank
through the streets of Paris on the occasion of his collaboration with Marc
Jacobs and Jeremy Scott at L'épicerie, exhibited in Brazil, New York, Italy
and at Patricia Dorfman in Paris (with a show upcoming there in June),
contributor to L'Humanité, Jalouse and Wad (communist, fashion and urban
lifestyles magazines, respectively), and last but not least the founder of
the "Art Posthume" movement, de Lavilléon's acts of détournement and
"customization" range far and wide. Heroic subjectivity meets down-and-dirty
French skate punkism in a spiritual (and by association actual – his mother
and Guy Debord were friends) embodiment of the Situationist praxis of
refusal and Debord's exhortation to "go beyond art." A hippie aristocrat and
a product of both Catholic school and the streets, his oeuvre bridges the
worlds of the mass market, historical graffiti, and the museum. From Paris
to Beijing; art, humor, real life, and a commitment to his favorite artist
Kasmir Malevich's (slightly modified) dictum "In art, as in life, we need
truth, not sincerity." C'est la vie.

Alex and Allyson Grey had an event last night to show their COMSM movie and new COSM book launch. The movie takes you through the Chapel of Sacred Mirrors and so does the book. 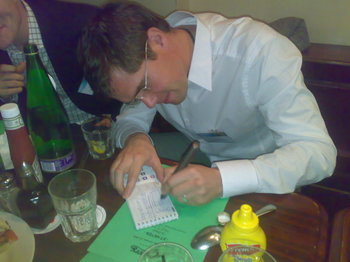 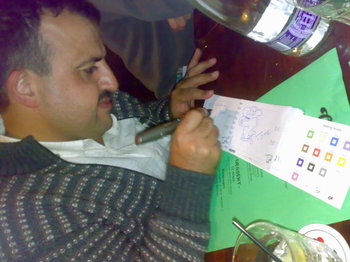 I have been at the smartphone show in london after my trip to berlin for webcuts film festival. It was great! I came for the Nokia Champion Day.:-) we had tons of fun! Stayed in picadilly. I went around and asked people to draw in my magic pen drawing book. Here are the drawings. I wanted to share them with you. I included also past drawings. Leave me a confou and tell me what you think and whaci nor evoke emotions in you. :-) or which ones you like!

PREVIEW OF MY MOVIE IS COMING OUT IN ITALY 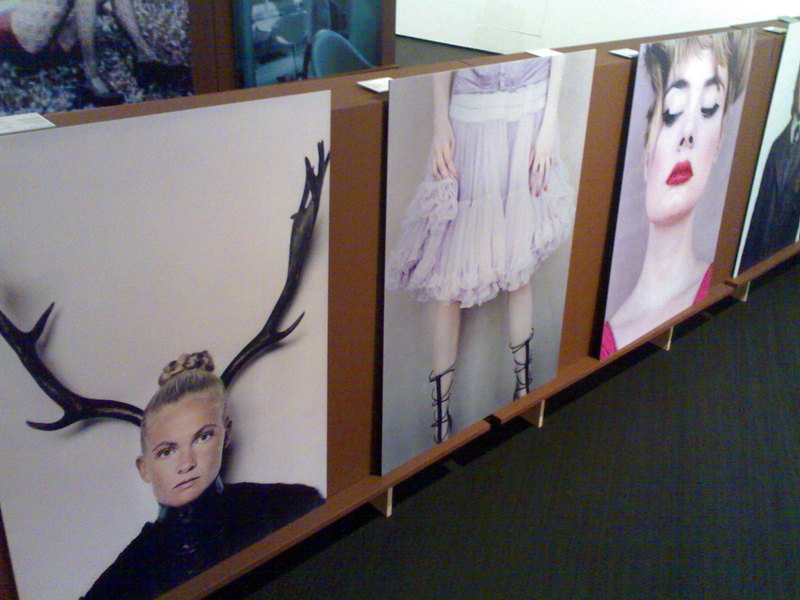 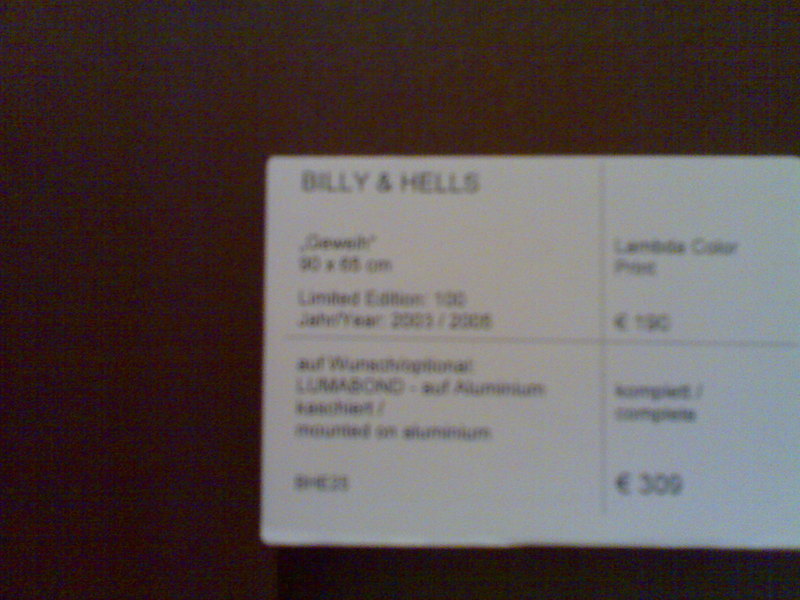 Listen to the podcast. I love this photographer, Billy and Hells. what i would not give to shoot with them! Come to think of it, i think i may have...

Last night i went to a new gallery concept: photo art in large series for medium price. Web shop too. Very successful concept. In between being a poster and expensive art. Everyone wins!

if the above is true, then why do i keep getting other signals from china: market booming, people doing business, things happening? 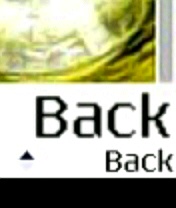 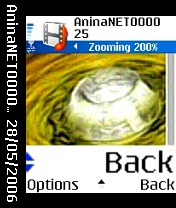 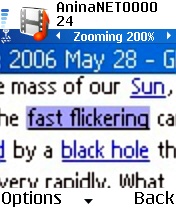