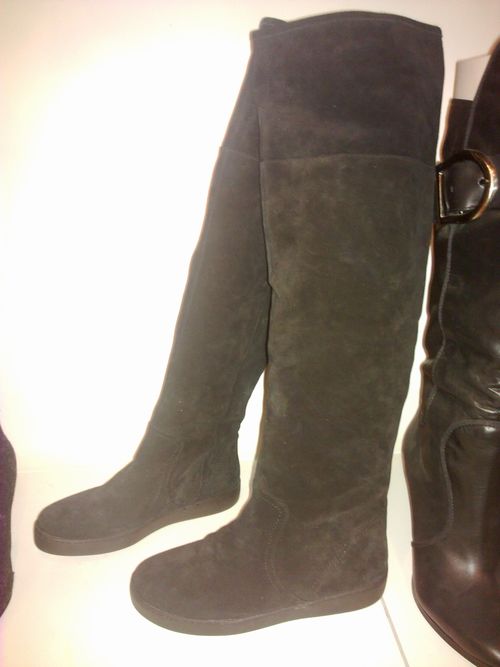 Your cold weather weapon is a very tight black over the knee (keep those joints warm for when you mature) boot with rubber soles having grip (dont slip on the ice for fashion sake). This will keep at least half of your legs warm, are easy to remove when you get to the casting place, have soles so you dont slip and break an ancle while rushing around town, and are slim--so if you do meet that famous photographer, casting director, magazine editor on the street you will keep your twiggie figure and they will be green with envey.

Today I went to prepare for a fashion shoot on the 22nd of Feb with top hair dresser, Hamish from People Salon. The hair dressing awards are up and I'm the lucky choice for the salon. Everything Hamish said he wanted to do was right in line with my look and snip snip away he did on my doo. He brought the round out of my fringe into square cuz he said it would emphasize my cheekbones more. Right on! Ham it up! At the end i had to hold my breath as he performed one of his best acts: blind folded fringe trim. In People salon I'll put my trust from now on when I'm in Sydney town! 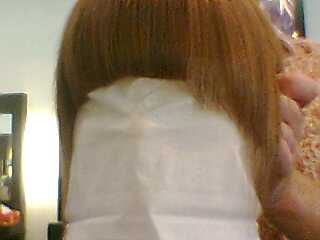 I found a secret find for sure in Melbourne that will not be so secret after Tues when a big culinary newspaper prints their article about this fantastic cafe. An eclectic mix of outrageous art, polish food, an Alana Hill tapestry, and outdoor graffiti patio, the Court Jester Cafe website tells the story of the two proprietors who opened the art cafe only 8 months ago in 15 Breese Street, Brunswick, Melbourne, Australia. The food is excellent but don't mix up your knife with the wood cutting tools on the table left there for anyone to carve their initials into the wood table! 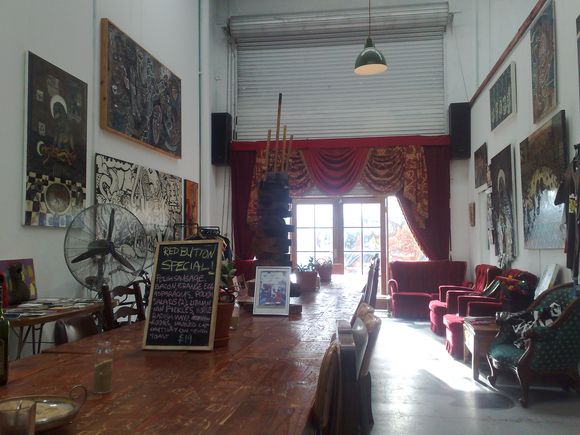 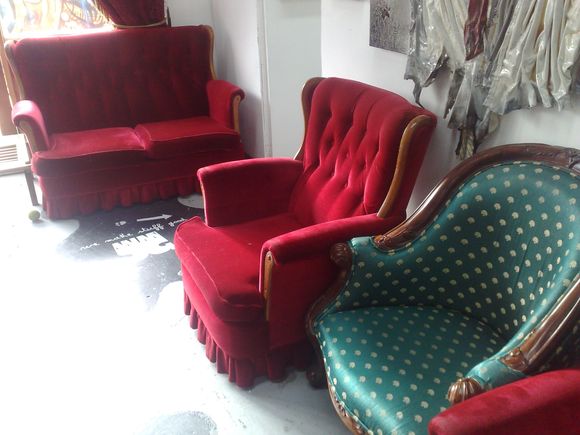 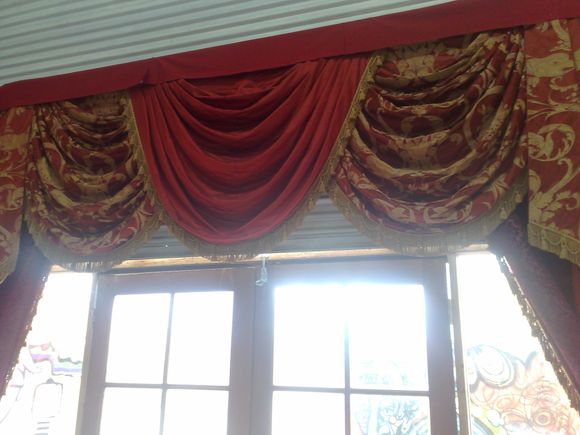 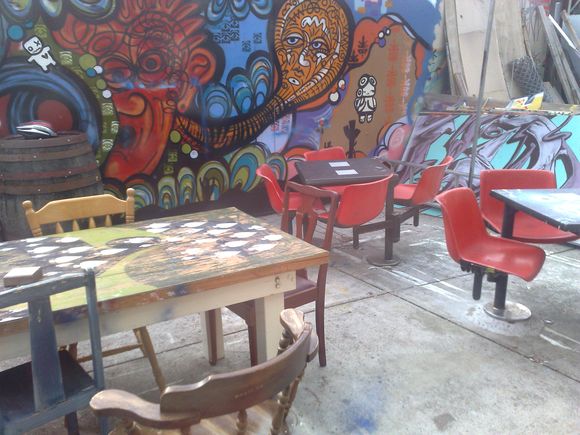 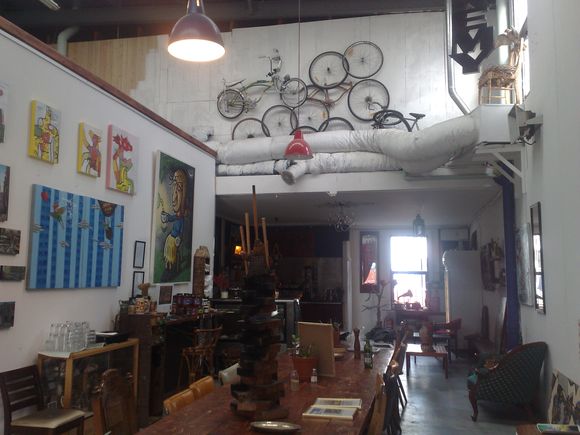 I was going to nix NAXMIX from my twitter when instead I clicked on a link and went to a review of a shoe exhibition.

NAXMIX: "a unique collection of more than 2700 pairs of shoes from more than 155 countries and regions. Amongst them are some very rare pieces of North American Indians, Eskimo's, African tribes, Berbers, Bedoeins, Mongols, the Ottoman and pre-Inca empire. Large parts of the collection find their origin in Japan, India, Iran (Persia), Tibet and Pakistan. The Chinese part of the collection cannot be found in any Chinese Museum. Europe is represented from Iceland to Russia, and from Lapland to Spain. 'Karara' shoes, made from emu feathers and human hair were worn by local Australian executioners during the Kadaitschi ritual. Magnificent bridal shoes come from Afghanistan, India, Syria and Turkey. As a real Dutchman he also collected many clogs. On the 19th of September 2006, Guinness World of Records confirmed that William (Boy) Habraken collected the largest collection of tribal and ethnographical shoes in the world."

Follow Kimberley and Anina.net in Beijing, China as they lead you on a hidden shopping trip to find the perfect casting dress. In Episode 1 they find the hidden market but get a little side tracked by some hot shoes...

Check out the Full Episode on 360Fashion: 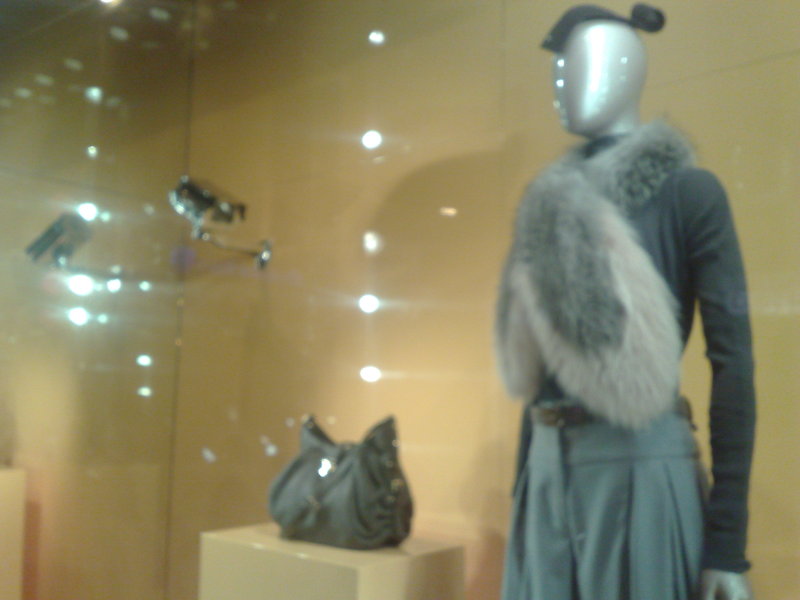 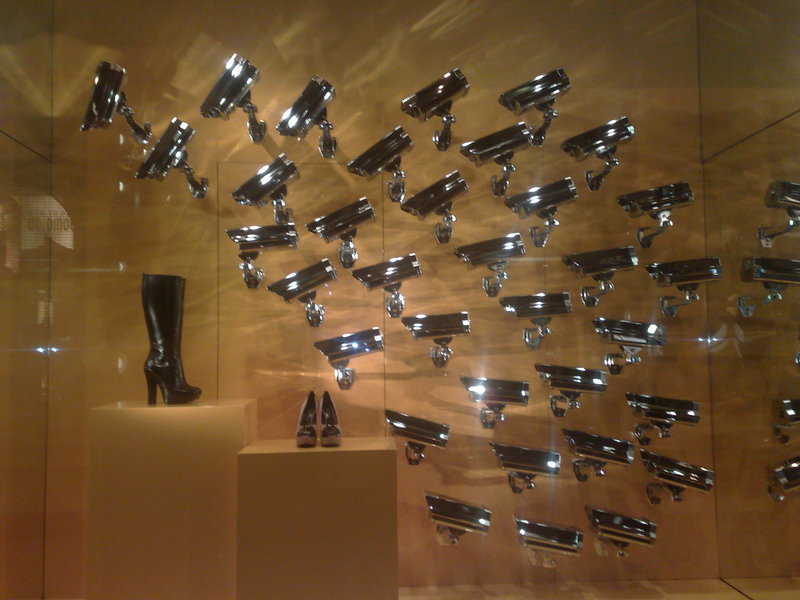 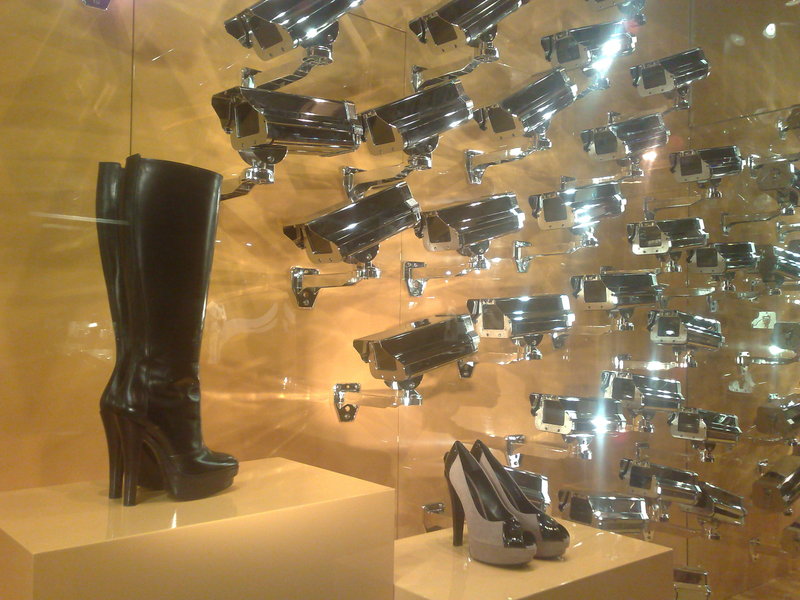 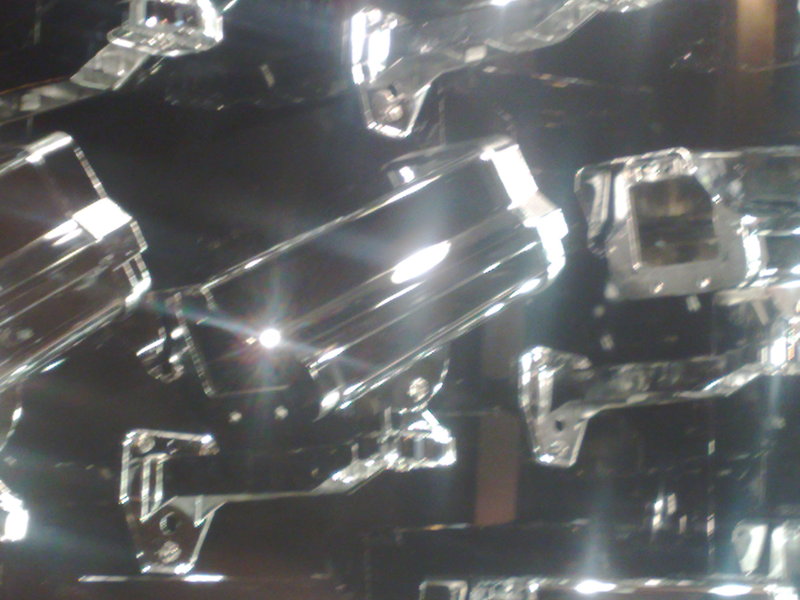 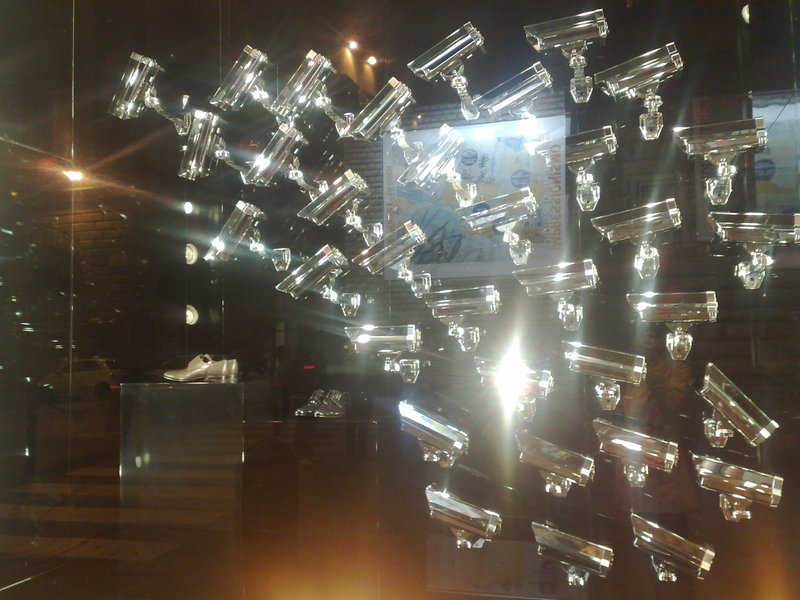 Technology starts to infiltrate the fashion industry. Window installations in the Louis Vuitton store Florence, Italy. The shop windows show how new media are focussing on products. This references the famous video installation in New York at the Guggenheim. 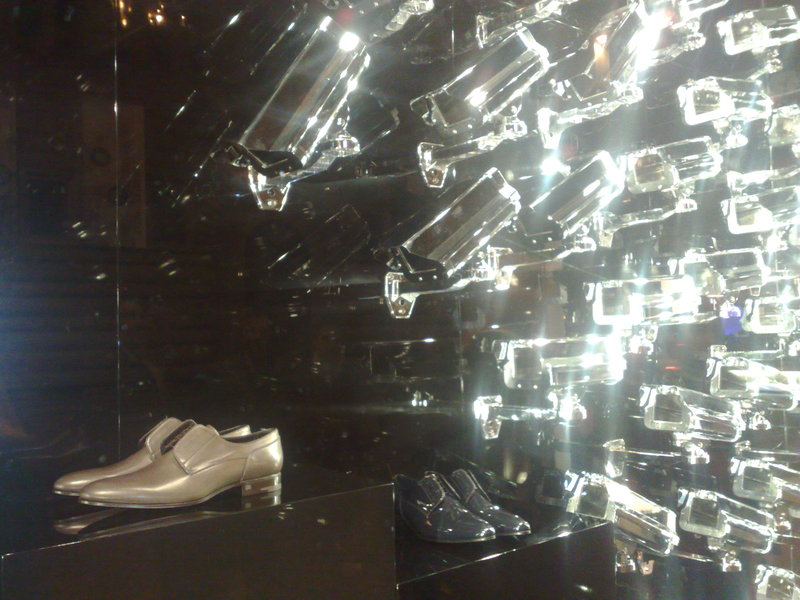 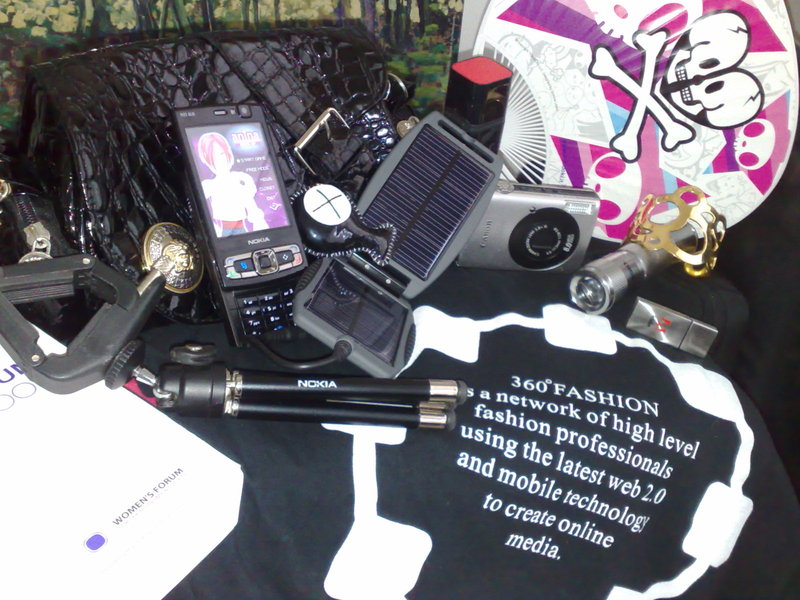 This is half of the tech stuff i travel with. 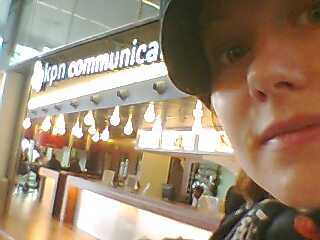 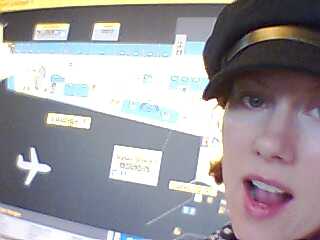 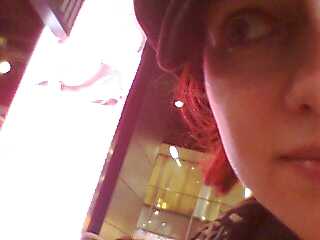 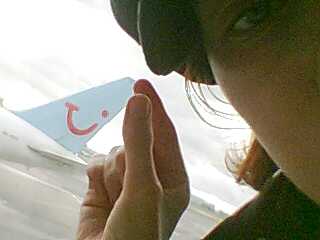 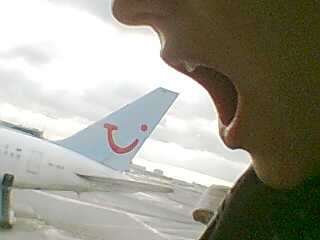 Walking around the airport this morning i realized what mini cities these places have become. I keep looking for the doorman and the slick advertising saying "great view overlooking klm international. 5 min to check in." and offering Beijing hilton style private apartments. Communication center. Big video screens. Planes taking you everywhere.