Beijing, China -- The opportunities are thick in China and with the latest clampdown on visas there are few foreigners in the capital. Perhaps that's why my friend James Alofs called me up last Monday and asked me to play his wife in a CCTV1 original movie.

The story is a nice one, taking place in the 1940's when Japan was attacking China--wiping out Nanjing (the Japanese deny it until today). American soldiers were sent over to help them, and sewn into their clothing was a ticket in Chinese stating that this is an American pilot and if he was shot down, every Chinese citizen was to do everything in their power to help them to get back to an American base safely.

I play the part of his wife who gets the bad news that he's gone missing at the beginning of the movie, and then the happy ending as he is finally coming home after countless ordeals.

It was a lot of fun and interesting to learn about this truthful history, see a Chinese-American cooperation film, and stretch my legs into acting again.

However, unlike the instant gratification of modeling where the photos come out shortly thereafter, this movie won't be ready until next September 2014. Perfect timing for the 3D Festival... 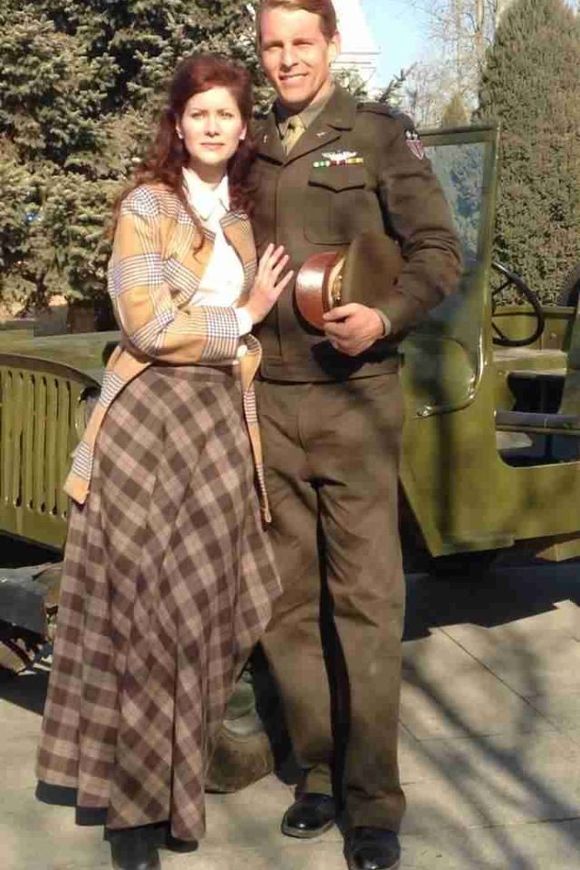 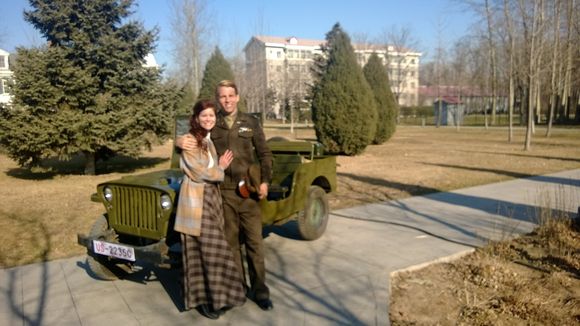