The world is getting bigger and more global thanks to Burda Publishing and the stylish DLD Conference. This year they invited two top models from India to speak about the ever changing and emerging fashion market. Sonny has started a purely western India based online ecommerce store for his brand SherSing with massive success as is only possible in countries such as India, China, Russia, and maybe the USA because of the size of the markets populations. Sonny has teamed up with Lisa for the women's line and both are catering to the new Indian international customers. They say they are able to compete on price and quality by harnessing India's manufacturing market plus the insight into their own international experiences. Being an Internet company in an emerging market is not easy as they need triple protection (T1 line, cable, dual up, and 3G) just in case someone plows into one of their connection as they can't afford to wait two weeks for someone to come and fix it. Being in a market such as India requires hands on micromanagement so the two stay rooted in Bombay and Mumbai with only short trips to NYC. They will keep their international style for the brand but always have a twist to on the inside of Indian culture to remind them of their roots as they jet into the global future. Go model power! 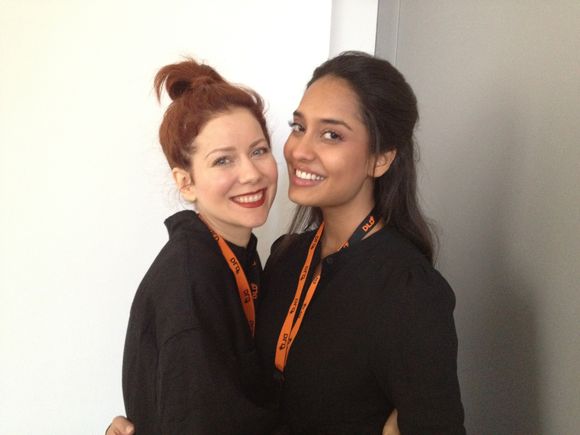 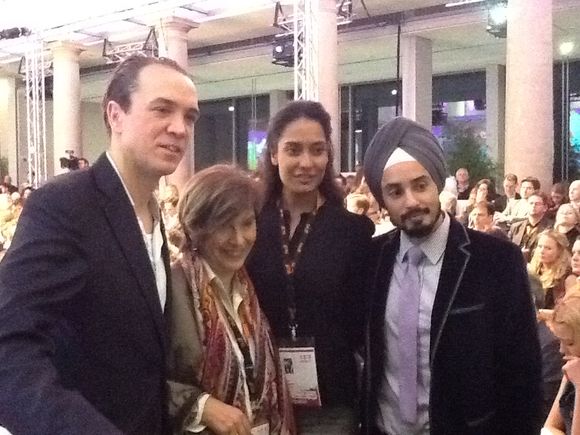 Modaface and other makeup iPhone apps

Amsterdam, The netherlands -- I have recently been experimenting and looking into women focused apps of which there are not many. The modaface apps, although the best I have tried for putting on makeup, was difficult to use and after several times trying. I can not say that it is something I would use on a regular basis. However, not because they don't build great apps, as I said, they were the best I tried so far, but because I don't think the augmented reality is yet there from a technical point of view.

For example, the base (foundation) that made my skin look better, was a lighter color than I could ever wear in real life, however from a photoshop perspective it made me look better in the photo. Also, there was no concealer to hit my spots (yes too many dairy products and Beijing pollution). However, in the make up app and the beauty app were nice to use for the eye shadow trials. This was the best feature of the app and the blush. The eyeliner was a disaster and the mascara did not match up very well. I thought the positioning poi's worked best, because with the makeup app by modaface, I had to hold my iPad too close and at a downward angle to have my eyes line up in the eye circles. Also, the most impressionable eye makeup was the darker colors. What made it interesting was to see WHERE to place the makeup colors. This was really the point that gave me value that could teach me how to do it on my own.

The hair trials were a total disaster as you can see because they kept the face shape of the superstar (and I question if they have permission to use those superstar photos) and of course there was no short red hair or long for me!

Overall I think virtual makeup and clothes have a long way to go, but for sure modaface is the best app I've seen so far keep my attention.