So the other day i went to get fit for the DGVI show because i will be the MC for the show. I invited all the ambassadors who are my friends and they all agreed to come see me which will be great. On this day i had good hair, ha ha, and my 'sister' victoria came to the casting. Unfortunately, the clothes are so tight not a lot of girls can fit in them! Including me, which is why the casting director made me the MC. The pressure in fashion week to be so thin is tough. In photos it's different. It's why i'm excited to be MC. I hope that i can start to evolve my career into television, MC, and movies. So i'm very thrilled to make this first step into trying out this new form of entertainment! 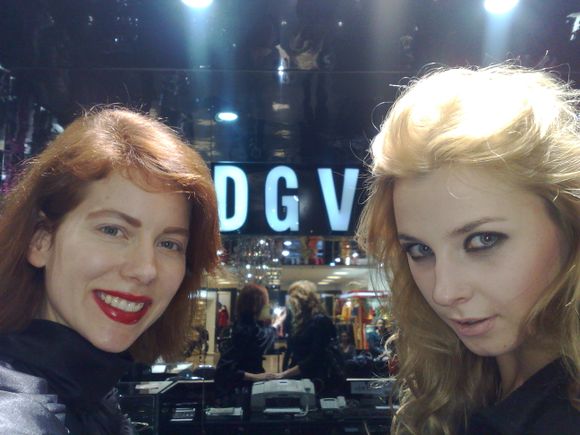 Really my hair is a problem. So damaged from all the work, it needs a rest. And since i had to cut it, i really don't know what to do with it. I keep putting it up but my trainer says to put it down. It's a full on disaster. I may as well stay home and do nothing than come for this casting. You have on idea how much pressure is on you when you are here and you are known. Everyone judge you. Worst is how to feel good and walk good when you feel a misfit. My phone can play some music so i listen to that. I wish my trainer were here, she'd fix me. I really do not know what to do with this hair. My agency booker is really angry with me as it is the second time on his casting that i have hair problems. You may think, it's hair, they can do your hair. Or you may think, gee anina only has hair to worry about, not like world hunger. But everyone has their thing that can ruin their status and their name. Today I'm the one messing up, not my agency. This sucks. That's all i can say right now. 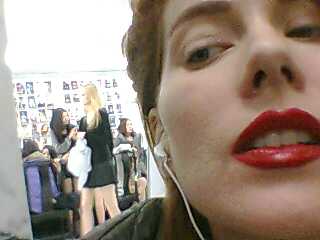 i had the great luck to get invited to the apple iphone launch for china unicom and apple at the place in beijing, china. i love the screen at the place. amazing graphics overhead. 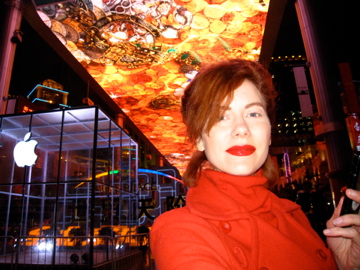 How to Clean White Hair?

Today on my job they used grease makeup to color my hair white. No first they used a special spray to color hair white. It did not color hair totally white. So then they used the makeup of clowns. You know this white greece makeup?
My question is: will it come out or it will stay in my hair? Oil based makeup will come out of my hair? They say, this is makeup for chinese opera singer. It will come out. But is it true? I'm very afraid.

I know and you know they should use baby powder. But they do not believe me when i tell them. They even do not know what it is.

So what they use is going to come out or not? 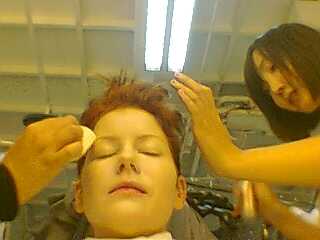 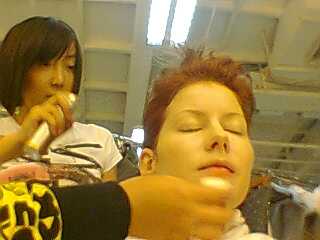 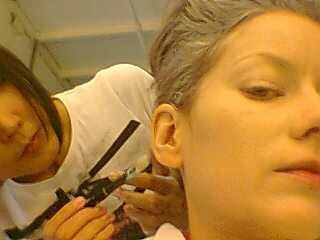 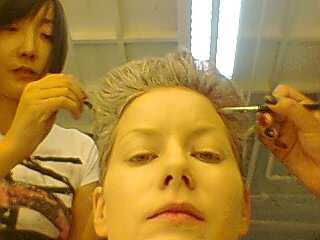 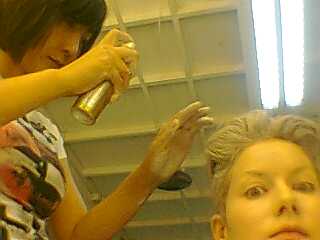 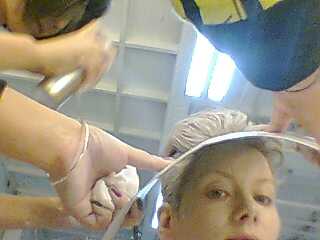 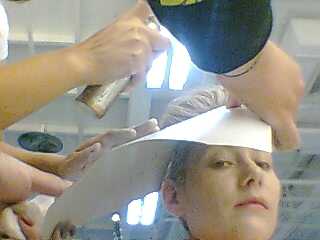 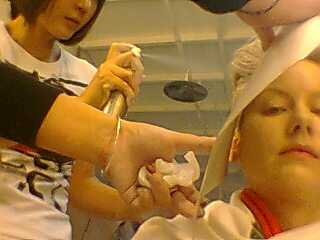 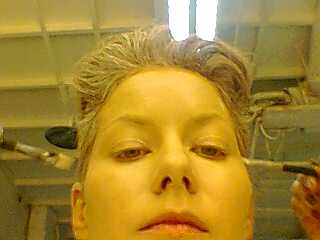 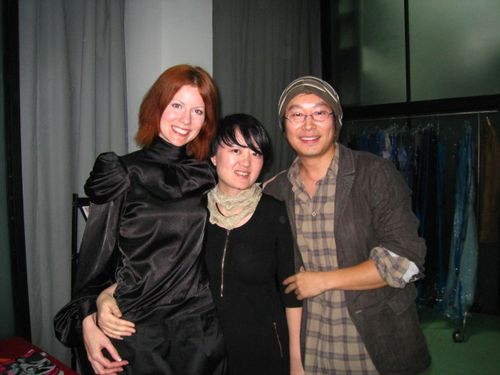 Sometimes in the life you get the chance to meet and talk with great people, like Gorgio Armani, or Karl Lagerfeld, Sonia Rykiel, etc. You shake in your shoes because these people have a legacy. The same is true in Asia, only because of the language barrier, most of the time no one tells you when you are meeting a master until you are there on the fashion show and you see the mastery. The other day however, I had the good luck to talk with one of the people from the casting who began to tell me about the designer we were there to see. I was in awe to learn that Liu Yang was a pillar of Chinese fashion, having been designing since China began to open up. Mr. Liu Yang makes the most beautiful evening dresses and will show this season in the Beijing Fashion Week.

"Only when you devote your life into it, the design has it's own spirit." says Liu Yang. "Weaving the elegance from the East together with the romance of the West is the eternal soul of my design."

When you see him on the casting, he looks so young and fresh you'd never guess that he's been in the industry since the beginning. I joked around with him saying, "what's your secret cream? I want it too!" Mr Liu Yang radiates energy and passion and his dress design makes you dream of being in the movies or at the Oscars. I hope that I will be chosen for his fashion show, because to walk down the runway in one of his dresses--no float down the runway--would be a dream!

i would like to recommend some amazing healing essences that i've been
using with top results: www.vimiere.com

If you really want to create change in your life- these essences
really work. I'm using the core essence one and i've used the family
one both with stunning results.

Today was a magic, fated, day. I met a woman named Grace. She kept me after the casting to train me how to walk better, dress better, and even taught me some exercises for my legs. It makes all the difference to have a personal trainer, a person with so much experience who will share with you the knowledge they have. It was destiny because I woke up and felt the difference today. Magic things come so seekers who have heart. You do attract to you the things you need to answer your questions. 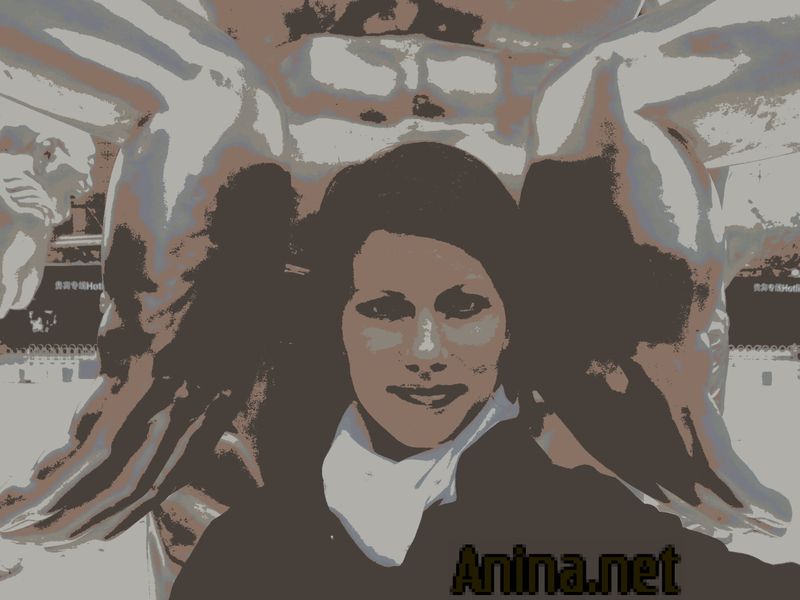 Today we get to see all the agencies and all our friends for the big casting for one of the top photographer in Beijing. They line you up and if you are the look you are chosen to have a polaroid. 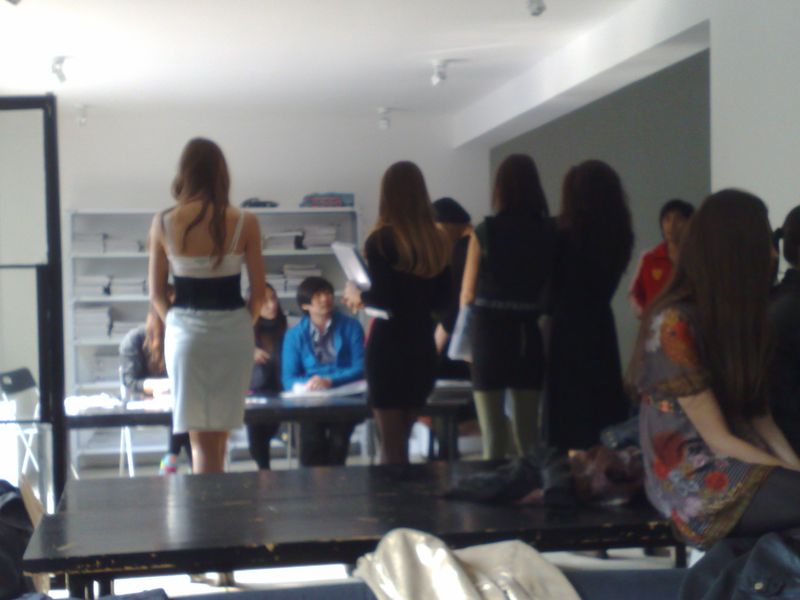 There's really nothing like the feeling of walking into a store and seeing huge photos of yourself on the walls. You feel so proud and really like you are the girl of the moment.

It's also way cool to walk around and see your roommate on the cover of the magazine when you're in the airport. Way cool. 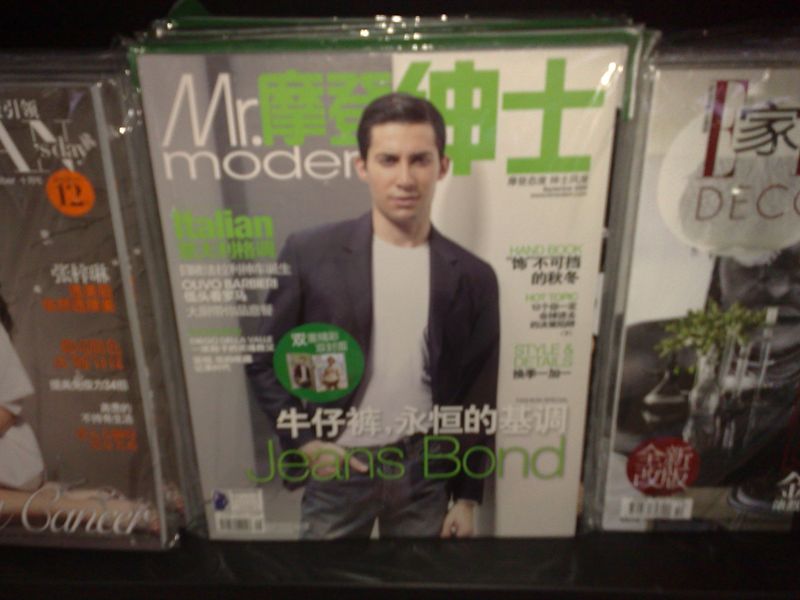