Today our dream came true. Indeara and i shot a job together. We wanted it for so long. If you wish for something long enough it will happen. Just believe!

Streetlab is the new upcoming festival of pure coolness. Really. During Amsterdam International Fashionweek there is more than a invitation-only catwalk venue and some very exclusive party's. Since THE catwalk venue moved to the Museumsquare, Streetlab took over the Westergasfabriek with it's street couture. It was the first edition of the streetlab festival, and it was very promising. 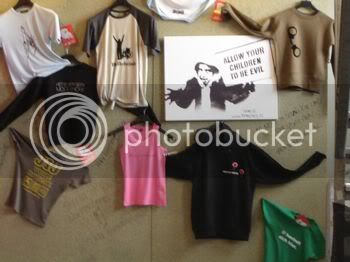 Tshirts of the free art collective Boomerang www.boomerang.nl that spreads free art cards (and commercial ones) in whole Netherland

In large seacontainers there were little exhibitions of designers 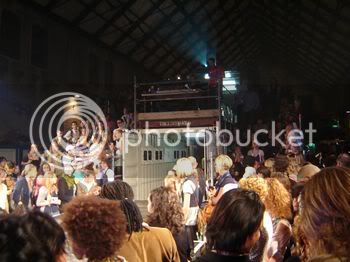 Catwalk started with models walking out of the containers 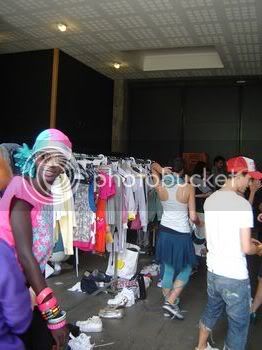 It was partly hectic backstage, there were a lot of models in a small space so the noise was very loud. 'Partly' because in one way -i don't know how they did it- the rest was maintained and there wasn't totaly chaos. Big cheers for the organisation! 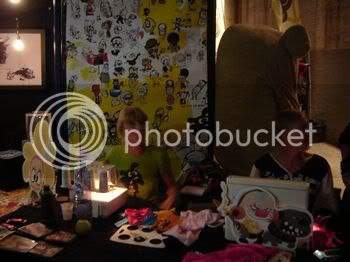 Artist were making their art during the festival! 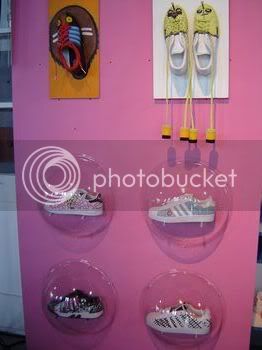 Sneaker pimps, the worldfamous sneakerart exhibition, joined the festival 2 days, until it had to be in Milan or somewhere else.

Part of the exhibition were the shoe collections of famous people, here the one of Barbara Karel

Free translation: "Hey you; over there, with your difficult glasses, pants that are too tight, and fluor t-shirt, come in (we understand you)". This was to pull the attention of people to come in to the little league van -a mobile gallery- :

The very noticable collection of Marle Planten, graduate of Willem de Kooning academy (Rotterdam). It exists of Harajuku elements mixed with traditional Friese elements (Friesland is a provence of Holland). I can tell you the wooden shoes with those heavy wooden plateaus weren't easy to walk with..

Overall the conclusion is that streetlab is very promising, looking at the fact that it's the first edition! Designers like Bas Kosters, Daryl van Wouw and EnD joined the festival, and famous stylists joined too (Ruud vd Peijl, Sylvia Bentoh). The public was very special, honest, just doing their own thing. Also the designers personal and open for everyone: such a good atmosphere Some videoblogs will come soon!


Telling about the opening of the boutique in the PC Hoofdstraat.


small, but here's the rush from layla and rowanda.

Models talk TO 360Fashion and AIFW 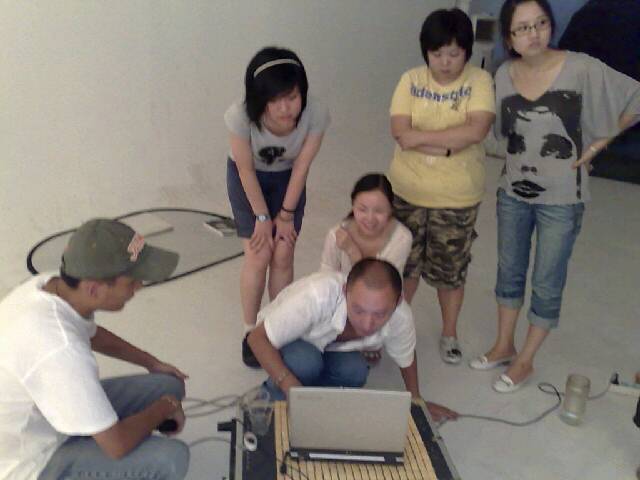 At the end of the day, it's not about YOU as a model. It's about the client satisfaction. It's about the client being happy and getting the shots they need to represent their brand. It's about making the photographer happy. It's about trusting the light to make you look great and capture your inner beauty. It's more important than if you think your hair looks good or the lips are good. As long as the lines are straight, then it's all about your performance. A good model should be able to make anything look good. Find the right angles. The right profile. Whatever it is. Work that look cuz it's a satisfaction feeling great when the clients say they want to use you again next year.

The lip and eye combination are very odd

Wow she used 5 different bases. Feels like a mask. . .

Either i looked totally horrible when i arrived so the makeup artist felt the need to paint me a 5 layer mask, or it's back to china style makeup. I really do not understand why they always draw the eyeline. I'm not asian. It does not look good on me. The makeup is great without the line. And what's with the blue eyeshadow and fucia lips? YSL who as i understand brought fucia to the market, would roll in his grave, then again 80's were bright, so maybe i'm wrong.