I have been unable to lifeblog all day, recieving posting errors and server errors and failed posting. Lifeblog! You are letting me down. Diane has won the duel blogging competition! And i could not even make one post. This is my last try before i give up.

My booker and melody

KICKING THE LIVING LIFEBLOG OUT OF ME!

so diane is totally kicking my lifeblog ass! i havent been able to make one successful post. i cant understand why either. is there no gprs, is the post too big? what is the problem. i look like a technological imabcile with this....but i just thought...i have this prepaid orange card....could i be out of credits? i better look into that fast before she wins the blogging duel!!! 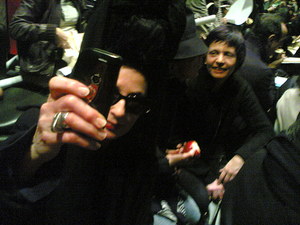 Getting ready for today

So i am here setting up technically for tomorrows show days. Going to test also the duel with diane. Getting my icons ready for bluetooth marketing. Working on sketches of the digital archetecture for the security system i been thinking about. Setting up my new phone 6630 and really amazed at its features. Its exactly what i need for shooting the test pilot for this new channel. I am so tired though. Lets hope this post works and then i can sleep a little. MY FRIEND JUST EMAILED ME TO TELL ME SHE SAW MY YOOX CAMPAIGN ON STYLE.COM!! 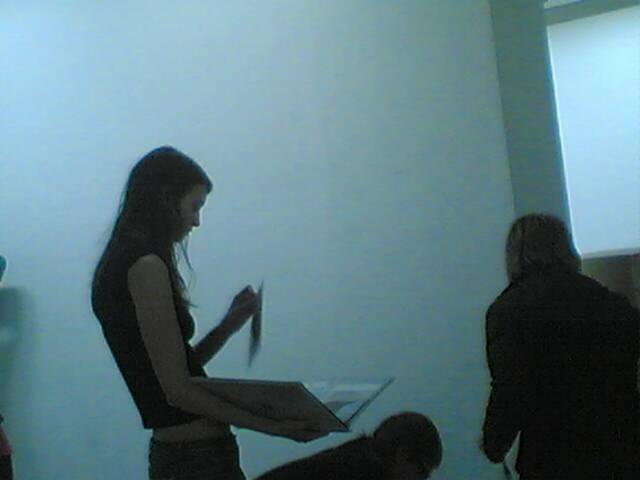 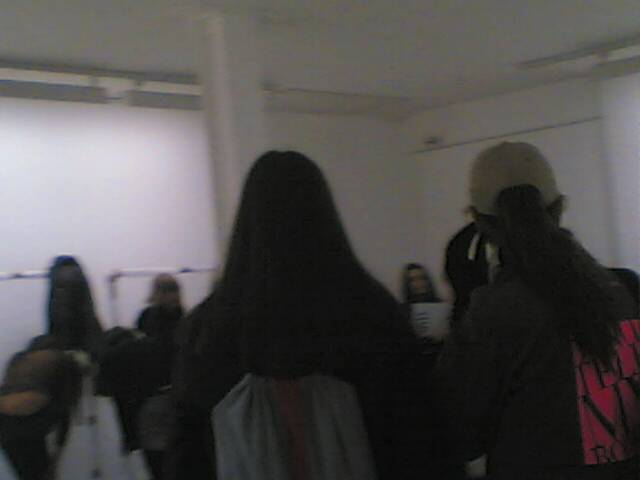 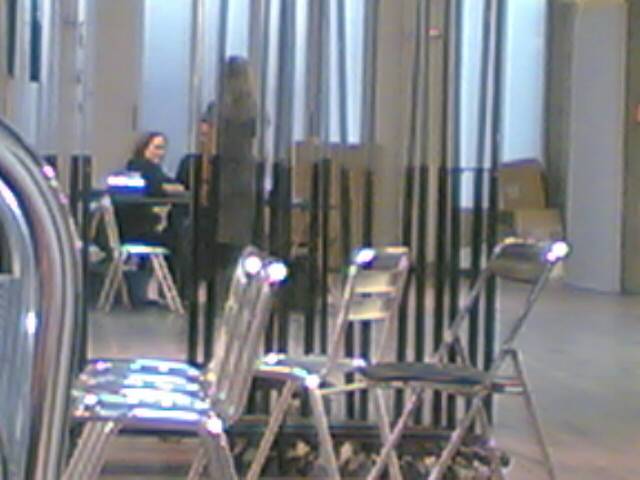 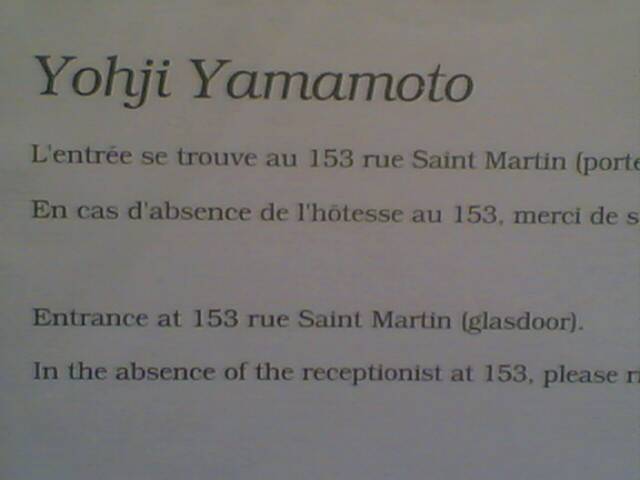 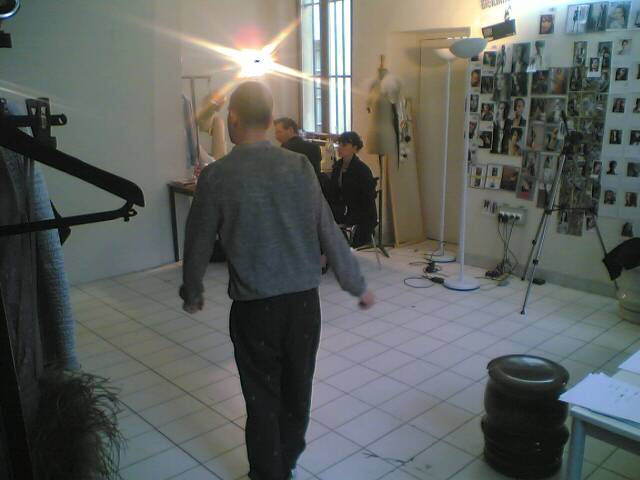 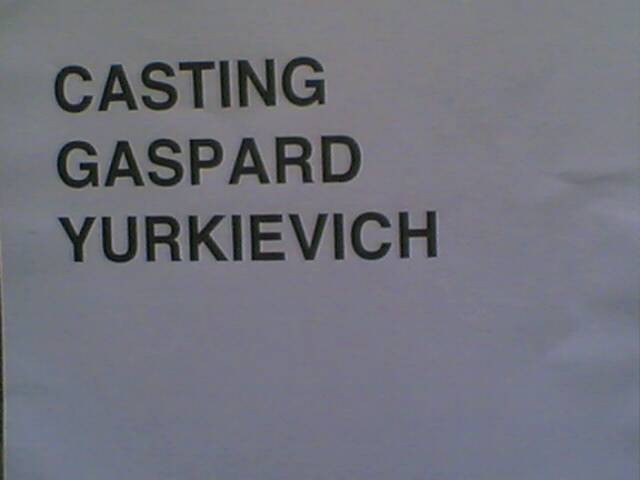 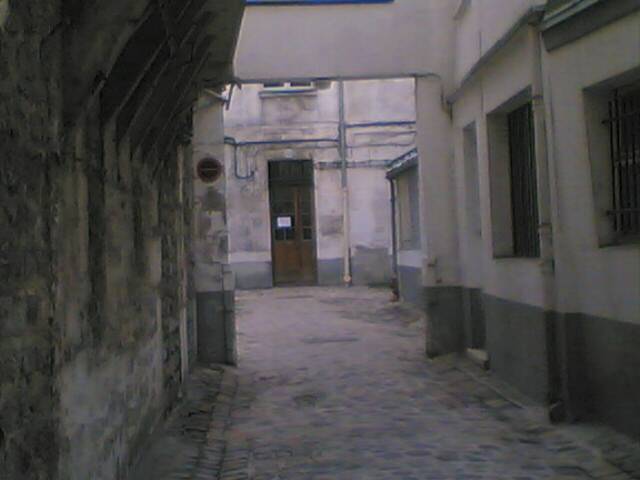 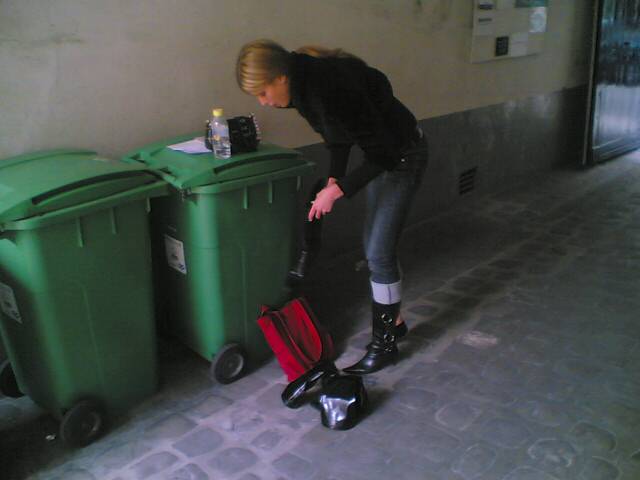 Wow! I am beat.more castings than I can handle today.the model talk is that everyone is shocked and don't know what's happening this season. Girls that usually do EVERY SHOW only doing one or two.must be change in the air.so much to do.

I had the best day today on castings! I was just myself and everything went MUCH MUCH BETTER!

For one, I finally got to meet BRICE COMPAGNON! During my exhibitions, many people recommended that I meet this man. They thought he would really like to know about me. They said he did castings, but no one could tell me where were his offices (they said somewhere in the 1st), or what type of things he did. Today though, I looked on my casting list and there was his name! So I thought I would bring him a smile and a anina.net never give up magnet from my exhibition, VIRTUAL TO PHYSICAL, at num in DEC. HE IS SO NICE. HE IS SO HUMAN. He treats models really like persons and human beings coming to meet him. I wish all castings were like his. He has a great ability to CONNECT to each person. He commands a lot of energy. How can he keep it up for 3 days, casting so many girls. 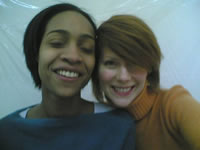 Also at the casting I got to meet some good friends that I didnt have their phone numbers! Eva Jay!

Huray! After the casting we went for a coffee. She told me about this new book that she is reading about Economics and making money! Eva is one of the smartest economic girls I know. She reads all the newspapers, knows what is going on in the world, and is especially interested in making moneyI mean that in a really economist way. She told me all about the book. I am going to buy it and read it for sure.

At the café we talked a lot about the buisness, how agencies work, london market compared to french market. She wants to move there because she enjoys the lifestyle much better. She likes the cityshe will just come here for direct bookings. Shes on option for the DIOR show!! But she doesnt think she will get any more shows than that one. YAH BUT ITS THE BEST ONE EVA! ROCK IT GIRL.

After the coffee break with Eva, we both ran off to more castings. At Veronique Leroy, I met up with a wonderful girl, Ameylah, from brazil. She was so pissed, cuz she looks totally brazilian, and winter is not her strongest show season and she didnt think she will take a lot of shows either. BUT! She had a U2 IPOD!!! She let me photograph it, and so she won a MINIme magnet cuz she was the first girl I met with a U2 IPOD and she was so cool! WINNER OF THE DAY!!

WOMBAT called and said that the poster is their favorite poster so far and is being printed as we speak!!!!!!!!!!!!!!!!!!!!!!!!!!! GO WOMBATS!! I was supposed to meet up with them, but I ran off to give a lifeblog lesson to diane and forgot the paper with the address written on it. Since I dont have a phone, I couldnt call to say that I didnt have the addresswhat a bummer. I so wanted to meet all the wombats in person, and see MINIme!! I will have to wait till the morning to call and see when I can see one!

I spent the evening at diane's testing the phone and playing around. I discovered a new way to shoot though and on my way home I thought of another exhibition piece where you can stick your head in a box with 360 degrees of phone...its a hard one to explain, I have to draw it down first and then I can figure out how to technically deal with it. it should not be so hard for me! IT WILL BE SO COOL EXHIBITION PIECE THOUGH!! 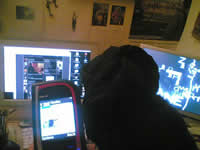 So now diane has had 2 lessons in lifeblogging and I am so excited to see if she remembers them and she can start to use it with the typepad system!

Oknow I have to finish this story and get to bed. tomorrow will be a full day!

The other night at diane's house I played my favorite game with her friend Dan Salzmann, WHO IS SO MUCH FUN! We came up with a whole hilarious commentary scenario.but that's another story. We played my favorite game, DRAWING ANINA (joking!), where I draw someone without looking at the paper, and they draw me! Dan's picture was really awesome. In mine.he looks a little picassoish.

SO THE OTHER NIGHT....i was at diane's house and i played my favorite game with her friend Dan Salzman, who is in fact one of the most fun persons i have met. his jeckleish commentary is hilarious! 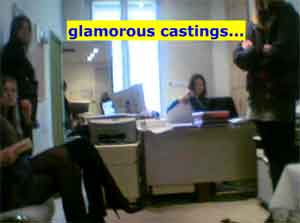 click on the picture to watch the flash movie.

so i thought you would all like to know how glamourous castings are, and a little secret of the buisness. yes, we wear high heel shoes to the show castings, but forget about wearing them all day while running from one to the other! so the trick is, wear your tennis, and bring your heels. then when you get to the casting you swap your shoes and off you go to the next one!